My neighbor Mark’s love for the automobile began from the view through the back seat of the family sedan. As his family road tripped though small towns in the ’80s, he was drawn to the ’60s and ’70s muscle cars that he spotted on these drives. They were his mythical TV idols come to life: the bridge jumping General Lee or the Coors beer bootlegging Bandit. Quite an escape from the ordinary family station wagon or van! So long, sleek road missiles became his obsession: GTOs, Chevelles and Chargers. Classic American muscle. 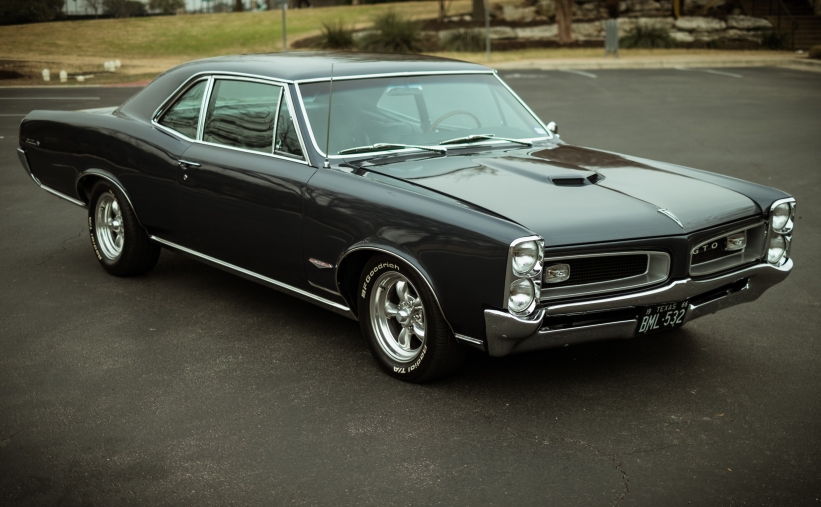 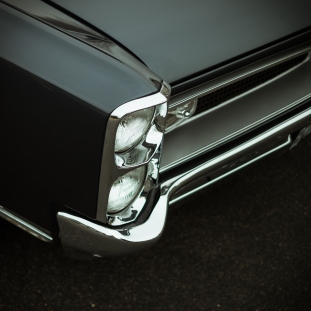 Walking around his 1966 Pontiac GTO, you could be excused for thinking that it had just rolled off the line from the GM Baltimore plant. It presents with flawless paint, an immaculate interior, gleaming brightwork and of course a very deep growl from the 389 cubic inch V8. What Mark points out with pride is that it took him 10 years to finally complete this restoration, right from home and practically from the ground up.

When he first acquired the car it was in desperate need of attention, the automotive grim reaper already ahead of him in line. The previous owner was not the most truthful sort and this became apparent when Mark started to tear it down. The body was less actual metal and more primer and filler holding it together (sandblasting would later expose a curious gash clean through the roof; he suspects it is a result of drunken dare, angry wife or both). The front clip and fenders were wrong and from a later year and another GM model. Holes in the wheel wells and quarter panels were covered up with balled-up newspaper that was spray painted black. The interior was mostly missing and what was left of the seats was rotting. Mechanically things were not looking that great either. About the only thing going for it was that it ran and moved under its own power. But even that was short-lived as a quick shakedown run ended rather abruptly when the engine caught fire. It is probably at this point that a less resolute individual would decide to cut their losses and send the car to the scrap yard. Not Mark – he pressed on, fully determined to have his perfect Blue Charcoal GTO. 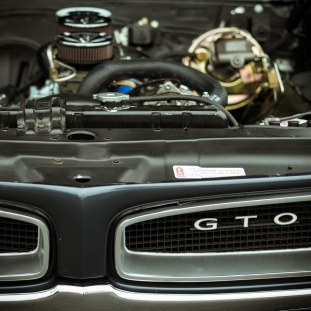 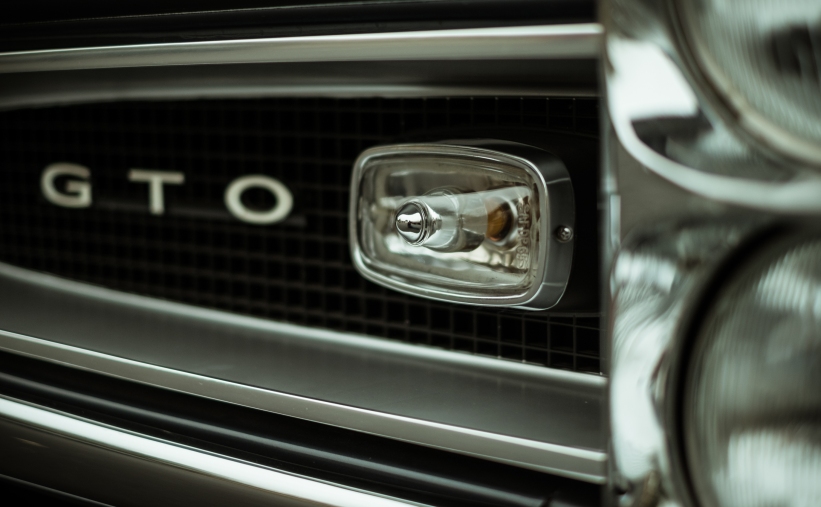 We can rebuild him. We have the technology. We can make him better than he was. Better, stronger, faster.
-The Six Million Dollar Man

It was apparent that the GTO needed a full restoration, and Mark’s approach reminds me of the tagline from another popular TV show of the period. A nut-and-bolt restoration at home is no small feat, and he prioritized use of new-old stock parts, then restored originals, and only reproduction parts as a last resort. Above all it had to be correct for the year and model. If he didn’t know how to do it, he taught himself how – taking classes on engine rebuilding at the local community college for example; or doing research on the proper black finish for the various parts in the engine bay. He made some key upgrades along the way such as disc brakes on all four corners. And as a concession to Texas heat, he integrated the air-conditioning system using original ball and lap vents in the dash and not the typical aftermarket bars that go under. 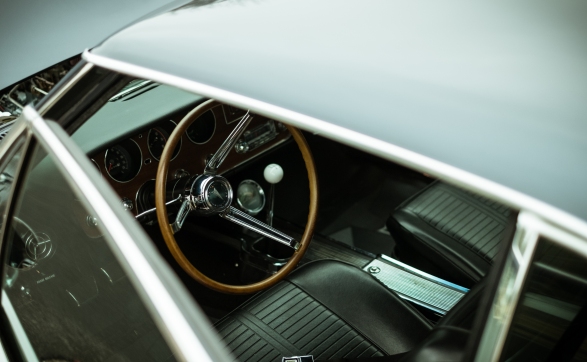 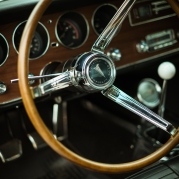 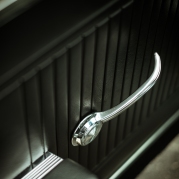 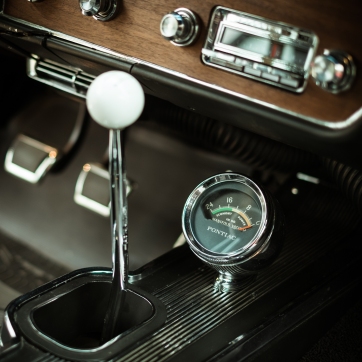 Now while this project did not cost anywhere near six million dollars, Mark does concede that to do a restoration this way with an attention to originality can put your finances in the red. In addition, being focused and dedicated to the outcome is a must. These are projects for the long haul and sadly many project cars end up sitting unfinished as the owners lose interest. He also advises doing your homework when thinking about getting into a classic, from knowing how to decode the VIN to determine the original configuration and options and knowing the value across the range of conditions. The enjoyment and education you pick up along the way can be priceless, even more so if you tackle it as a project with your son or daughter.

At this point he considers the GTO 99% complete. With only a few hundred miles on the engine he’s been breaking it in gently, but as soon as it hits 1,000 miles it’s off for a session on the dyno to see how much power it makes. He does intend to keep working on the engine and free up a few more horses as long as he doesn’t give up too much originality. This car is meant for cruising and Mark plans to take his son on many day trips in the Texas Hill Country as they go searching for the area’s best desserts. It sounds like Mark is not just passing on his sweet tooth, but also his love for these American classics! 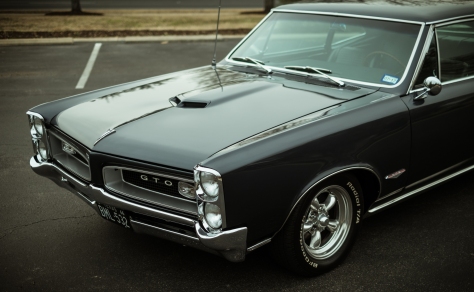 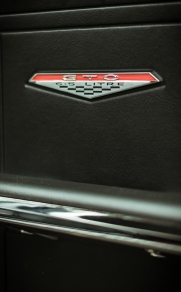 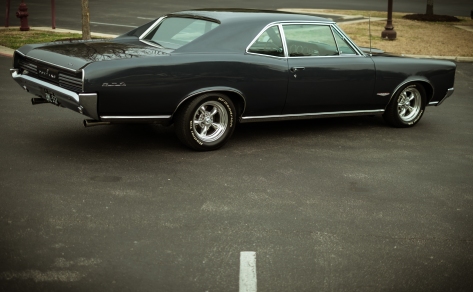 An abridged version of this article was first published in print in the June, 2018 issue of Avery Ranch Living Magazine – a monthly social magazine for the Avery Ranch community in northwest Austin, Texas.